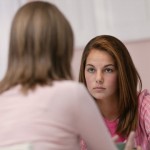 MoCHIP actively posts information to help you keep your children safe, yet more and more we read that  children are disappearing with/by individuals they interacted with on social media. Obviously the message about not befriending strangers on social media is not penetrating those stubborn, vulnerable brains.

It’s not easy to know the right thing to say, but these conversations about social media relationships must happen anyway. Social experiments prove that children/tweens/teens who are taught internet safety still fall prey to predator schemes and parents of those kids are left in jaw-dropping disbelief. You have to keep driving home the importance of being smart and staying aware. Your kids might just be chatting with online may not be who they say they are. Keep the line of communication open with them. Ask questions. Share articles such as this–discuss them. Keep on top of the latest apps that allow kids to “stay private” while hiding items/relationships from you. They are out there.

Parenting Editor | Mom of one

If you’re feeling overwhelmed about managing your tween or teen’s screen time, you’re in good company. With 8- to 12-year-olds averaging nearly six hours a day on entertainment media and 13- to 18-year-olds racking up a whopping nine hours, according to The Common Sense Census: Media Use by Tweens and Teens, you’d be forgiven if you felt like throwing in the towel. But there’s good news: Parents who are actively involved in their kids’ media lives help them consume less, make better choices, learn, and understand more of what they’re interacting with. So even if your tweens and teens know way more about media and technology than you do, you can still help them navigate the digital world safely, responsibly, and productively.

Have the talk. No, not that talk. The one about being safe, smart, and responsible online. You don’t have to be an expert on Instagram or Call of Duty to give your kids a solid understanding of how you expect them to behave.

Help kids keep social media in perspective. Just because your teen is on Snapchat every minute doesn’t mean she’s really having fun. In fact, though 45 percent of teens use social media every day, only a third says they enjoy it “a lot.” However, teens whose parents talk to them about their social media lives report being happier. As with anything, social media has good, bad, and neutral aspects, but kids need parents to help them sort out which is which.

Encourage informal learning. Focusing on traditional academic benchmarks may not account for self-directed learning — the independent pursuit of knowledge, guided by kids’ interests, skills, and plain old curiosity. Studying guitar from YouTube videos, reading Star Wars wikis, and watching TED talks are all valuable screen activities that you can encourage this year (maybe after homework is done).

Have a media plan. It’s really easy for media and technology to overstay their welcome. This year, start off with a plan to maintain a balance and stay in control. A few ideas:

Encourage healthy skepticism. The ability for tweens and teens to think about the messages behind their media is more important than ever. Ads and content are increasingly becoming entwined, and studies show kids have a hard time telling the difference between them. Online stories are regularly unmasked as hoaxes. Even companies’ privacy policies are filled with legalese. Help kids to think critically about all the content they consume. Ask: Who made this? Who’s the audience? What are the messages?

Celebrate kids using social media for good. Across the world, regular tweens and teens who are tired of online negativity randomly pop up on social media with a positive message to share. Examples include Thomas Sanders’ Vines and a British teen’s antibullying YouTube video. This year, make a note to talk to your kids about the power of social media for positive social change.