How to Monitor Your Child’s Cell Phone without Invading Their Privacy Posted September 10, 2018 by Lori

The below article has been reprinted to our site (from:  https://www.yahoo.com/tech/spying-on-your-kids-phones-for-their-own-good-91500433669.html) because of the amazing and pertinent content. Thank you, yahoo and Dan Tynin! 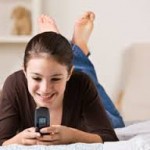 Five days ago, I awoke to find an angry 15-year-old standing at the foot of my bed, intent on causing me grievous bodily harm. Fortunately, the most lethal thing my daughter had at her disposal was a pillow.

“If you don’t take that thing off my phone right now, I’m going to murder you in your sleep,” she seethed.

My wife patiently explained that now that she had woken me up her plan wasn’t going to work so well, and that unless she wanted everything she was saying to end up in an article on Yahoo Tech, she might want to consider shutting her trap.

She hurled the pillow at my head and stormed out.

The crime
My daughter was angry because I had recently installed an app that limits the amount of time she can spend doing certain things on her phone. Apparently her inability to play Kim Kardashian: Hollywood for hours on end had now ruined her life. 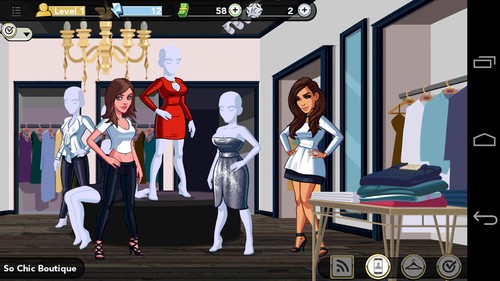 Dating and dumping other celebrities, ruling the red carpet, turning vacuousness into an art form — it’s all just a day in the life of a Kardashian.

Had my darling 15-year-old stuck around longer, I would have explained that she was getting off easy. With the right software, I could have locked down every feature of her phone, pried into every corner of her digital existence, and felt totally justified in doing so. Why? Because I would be doing it to keep her safe.

Why worry?
According to Pew Research, 80 percent of teenagers use cellphones; nearly half of those are smartphones. Parents have good reasons to be concerned about how their progeny are using them — from how much time kids spend with their noses glued to a 4-inch screen to the apps they’re using, the sites they’re visiting, and the information they’re sharing.

A McAfee survey released in June revealed that one in four kids say they’ve been cyberbullied. Various surveys estimate that anywhere from 10 to 40 percent of teens have sent or received sexually explicit text messages.

The headlines are filled with horror stories of what can go wrong when you put a piece of ultra-sophisticated technology in the hands of an unmonitored teenager. In May, six San Francisco high school students were expelled for taking upskirt videos of their biology teacher and sharing them around the school. Law enforcement officials in Texas are going to insane lengths to prosecute a 17-year-old who texted nude photos of himself to his 15-year-old girlfriend, accusing him of trafficking in child porn. Dozens of college careers have been scuttled before they’ve even begun because of “private” photos or texts that found their way onto public networks.

Are your teens being bullied via text message — or acting like bullies themselves? Are they Snapchatting nude selfies to their peeps? Are total creeps calling them in the middle of the night? Have I frightened you sufficiently? Is there anything you wouldn’t do to protect your kids?

Well, you have plenty of options besides blending their phones. There are dozens of mobile apps that let you know what your kids are doing on their phones—and impose limits. Some are definitely more Big Motherish than others, though, and I guarantee your kids won’t like any of them.

Spy where?
Your first stop is your friendly neighborhood mobile carrier. Every major telco offers some kind of tool, including apps that track your kids’ locations, allow you to block downloads, keep them from texting while driving, and limit how much data they can use and time they can spend on their phones. (CTIA-The Wireless Association maintains a comprehensive list here.) You may need to cobble several of them together to get all the features you want, though, and many services cost $5 or more a month.

Your second option: Visit the iTunes or Play stores and explore. The tool I installed on my daughter’s phone is called TimeAway, a brand-new (and free) Android app developed by Googler Tamara Sanderson.

TimeAway shows you how many hours your child is spending on her phone each day and then lets you set up schedules — so you can turn it off during school hours or at bedtime, and set up mandatory “timeouts” where the phone is unavailable. You can also see every app she’s installed on her phone and limit the time spent inside an app or group of apps each day. (That’s how I managed to keep my daughter’s intake of Kardashianity to only an hour a day — still at least 57 minutes too much, in my opinion.) When she hits her limit, TimeAway tells her time’s up. 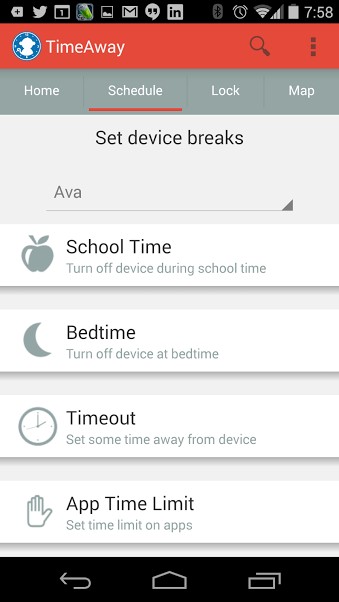 You can also use TimeAway to locate the phone on a map or lock it down entirely. And that’s pretty much it. It’s a simple, not especially nosy app. If you want, though, there are far more intrusive options.

I persuaded her 17-year-old brother to let me install TeenSafe on his Android phone. This app, also available for iOS, lets me see whom he talks to, the sites he visits, his location on a map, and all of his text messages via a Web dashboard. (TeenSafe also lets you monitor kids’ Instagram and Facebook accounts.) For this service you pay $15 a month; that price covers all the teens in your house. This app operates totally in the background, so your kids may not necessarily know they’re being watched if you don’t tell them. 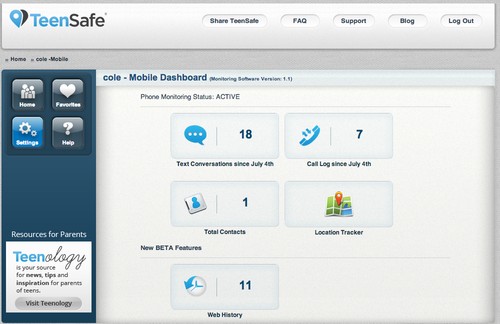 But TeenSafe won’t let you see what apps your kids are using — which means your SMS snooping can be easily circumvented if they use a third-party texting app like Snapchat or WhatsApp.

If you want full-on NSA-level control over your kid’s smartphone, consider Mobiflock’s Mobile Guardian, which is available for iOS, Android, and BlackBerry. This app does a bit of everything. You can see whom they’ve called and what they texted, and block others from contacting them again. You can prevent kids from using the phone at night or during school hours. It keeps track of your child’s “transgressions” — like her attempts to call someone on the blocked list — so you can harangue her about it later. You can even tell it to emit an eardrum-piercing shriek if the phone goes missing (or if you just want to terrify your children). 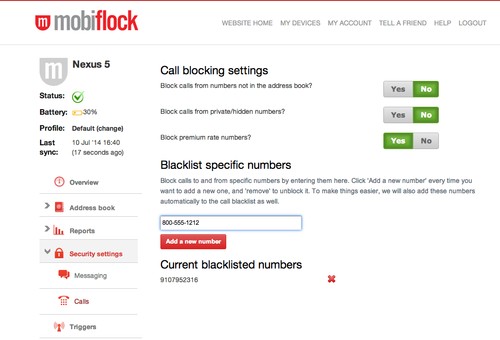 The premium version ($4 a month, $39 annually) also lets you filter websites, track location, and control apps. This is easily the most comprehensive phone monitoring solution I’ve encountered, as well as the most unnerving.

The thin new line
Here’s my problem. I get that putting the entire Internet in the hands of a relatively naïve child can be dangerous. It’s a good idea to limit the time your kids spend in front of screens if you can, and to monitor what they’re doing when you can. But at a certain point you end up crossing the line from parenting into spying.

I asked Stephen Balkam, CEO of the Family Online Safety Institute: Should parents be reading their teenagers’ texts? His response was an emphatic no. Balkam does advise talking to kids about the dangers posed by smartphones and checking your bill online to see who they’re calling or texting.

“If you are worried that your kid is being cyberbullied or other challenging things are going on, then it is perfectly in your right as a parent to check in from time to time,” he adds. “Simply make that known up front with your kids.”

Tim Woda, SVP at uKnow.com, says you need more information if you want to parent effectively in the digital age. His uKnowKids mobile app lets you track your child’s calls, texts, and photos for $10 a month. (You can also monitor Facebook, Twitter, and other social media accounts.)

You really don’t want to read the hundreds of text messages your teenager sends every day, Woda says. But you need to be on the lookout for references to drugs, sex, violence, and other dangerous behavior, and to make sure your kids know you’re looking for it.

There’s no silver bullet, no easy, one-size-fits-all answer to what and how you should monitor your kids’ phones, he adds. Every family needs to figure that out for itself.

Even Kim Kardashian would have to agree with that.

Note: This post was updated to clarify a source’s thoughts on this topic.