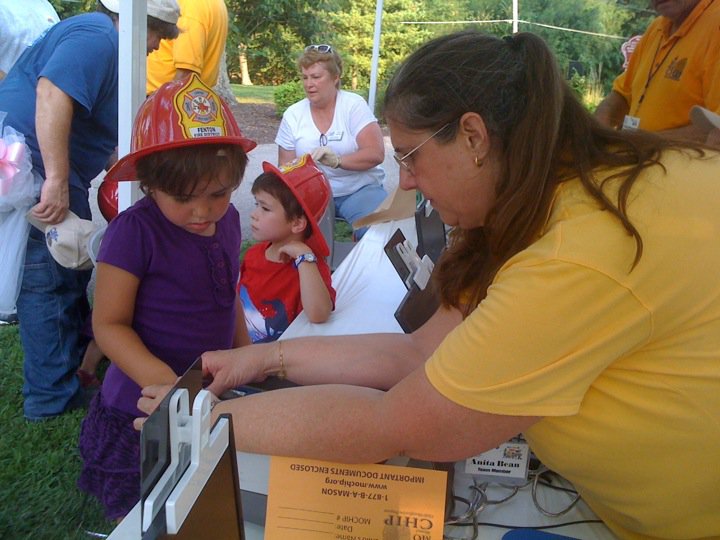 Eight years ago today on August 13, 2010, the town of Fenton gathered at Memorial Park to honor two individuals who rescued Alisa Maier, a little girl with big brown eyes who was snatched from the front yard of her Louisiana, Mo., home at about 8 p.m. on July 6th while her mother was inside cooking dinner. Her 6-year-old brother, Blake, told police a young man in a dark-colored car pulled up and ordered Alisa to get in.

After Alisa’s disappearance was reported, law enforcement and the FBI  wasted no time. An amber alert was issued and more than 100 volunteers quickly joined in the search.  Some 24 hours later, a dark-colored car was seen at a car wash in Fenton, St. Louis County,  70 miles to the south. About the same time, a child was seen wandering around that car wash. It was Alisa.

Alisa’s parents soon got the call that every parent of a missing child prays for. Police faxed a photo to FBI agents stationed in Louisiana, who showed the picture to the parents. They confirmed it was their little girl. The kidnapper had cut her hair to change her appearance, to disguise the fact she was a girl.

There is no doubt that getting Alisa’s critical information out to the public is what spooked her captor and ultimately lead to her being released unharmed.

In light of Alisa’s ordeal, Alisa’s parents requested that the MoCHIP Child ID Program join the celebration of Alisa’s return. MoCHIP eagerly stepped in to ID children as a proactive measure of insuring their safety–including Alisa Maier, her brother Blake and sister Sierra. It was a very emotionally rewarding day for all the MoCHIP volunteers who realized the miracle for what it was … Alisa was there being ID’d just like any other child, when the circumstances could have easily turned disastrous.

In a bizarre twist, shortly after Alisa’s recovery, officers approached a tiny home in Hawk Point, Mo., a small community that sits between Louisiana and St. Louis County. As officers sought to talk to a man they described as a “person of interest,” he pulled out a handgun and shot himself. Alisa’s abductor later died of his injuries.