How to Protect your Children from Pedophiles Posted September 8, 2015 by Lori 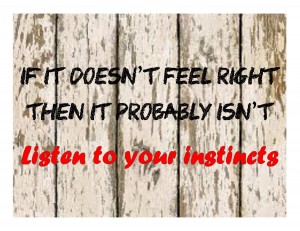 Knowledge is power. Remember that. Especially when you are reading what you don’t want to know.

Child sexual abuse is now an epidemic. 1 in 3 girls and 1 in 6 boys are sexually abused before their 18th birthday. The median age for reported sexual abuse is 9 years old. If your child is molested, there’s a 90-95% chance it was done by someone you know, not by a stranger.

Without establishing a trusting bond with your children it is very difficult for them to make good decisions about themselves. Children/teens who feel secure in their in their relationships with their parents will have confidence in their ability to trust their instincts and remain safe.

Children judge the demeanor, facial expressions and even the environment of those around them to see if safe to tell. Often, they find plenty of reasons why it is not, but you can provide your kids with plenty of reasons to feel safe in telling.

We have to earn their trust. When a child complain about a problem, we have to be very cautious about being critical. You don’t want to make assumptions or cast blame.

You must make time to talk to your kids every day and individually. It’s okay to have group discussions at the dinner table as long as we follow up at bedtime with some one-on-one. Converse with your kids every chance you can, ask questions of them and their friends. When they’ve had enough they’ll let you know.

Don’t opt for the quick fix by telling your kids how to handle a situation. Helping them sort through their emotions and figure out solutions on their own will forge a trusting relationship. They’ll know that they aren’t going to be lectured or berated for simply having their own ideas.

Secrets. By keeping their innocent ones we encourage establish a level of trust unlike any other. Encourage and nurture confessions of feelings. Don’t dismiss complaints too quickly.

Finally, lead by example. If you’re wrong, admit it. Honesty is the best policy and kids pick up on that easily.

It’s very important to talk with your kids/teens about enticement, being bullied into something, so they have the words and skills to deal with such situations in the first place. Instill in them the understanding that they never have to perform for love, attention, friendship; there is nothing anyone can offer them in place of their safety or dignity. Telling your kids to just say NO is only the beginning of what they must know and understand. It isn’t always easy for kids to say no, so parents must create scenarios and allow their children/teens to express their feelings and encourage them. Start with the very simple and move on to the extreme. Here are some examples:

“I won’t be your friend if you don’t tell me what she said.”

“Let’s play a special game where we wrestle and I’ll let you stay up an extra hour. We need to take off everything but our underwear okay?”

“I’ll put you on the team if you do something for me.”

“If you won’t fool around, I’m not going out with you anymore.”

Most abusers do not need to use physical force to get children to comply with sexual requests. Instead, abusers are more likely to use emotional coercion (offering love, attention, gifts, favors, withdrawal of attention, and threats to family members). It is never a child’s fault or responsibility when they are sexually abused. Even if they DO NOT RESIST!

Child predators have a specific way of targeting not only your children, but parents as well. They operate in a specific patterns and rarely deviate from them. A predator is often thought of as a stranger, someone sinister and scary; he or she may threaten a child into submission or conversely pay them special attention and ease them into complying. But all too often a predator is not a scary stranger but a pillar of the community so-to-speak, a family member, or a family friend. By learning how they work, you can recognize the pattern and stop them from harming your children.

Child molesters do something called grooming. Grooming is how a predator develops a friendship with the child, creating a bond, preparing them for sexual assault. Predators start by choosing the parents. They will push the boundaries of acceptable behavior to test parents and see if they can take advantage of them. They literally seduce the parents into allowing them access to their children. By charming parents and gaining their trust, the predator gains access to the family and is not suspected of inappropriate behavior.

Molesters are liars. They lie because they can and because their victims want to believe them. They create a false image within a community. By ‘charming’ the adults to believe they are a good and decent person, they have created protection for themselves if they are ever accused. This is called image management. It is planned out very carefully, and it is all a lie to get you to trust them.

Don’t give these predators power over you by accepting their lies. They rely on the embarrassment of talking about child molestation. They know that most people won’t bring the subject up. They use this to their advantage. Don’t let them.

A child molester can be anyone- man or woman, young or old, married or single. Just because a man has sex with his wife, doesn’t mean he won’t try to have sex with a child. Because these predators vary in appearance, you must look closely at their behavior in order to recognize them for what they are.

After a molester is exposed, it is common for adults to say things like, “He was the last guy I would suspect to do something like this.” Molesters become friends to adults, helping them out, being friendly and nice, and just doing things that friends would do. They don’t do this out of kindness; they do this to get to your children.

Once a molester is confronted, they will not only continue to abuse, but they will become defensive to the point of threatening the accuser. This is where the image management comes in to play. By creating an untarnished image, the predator has convinced the community that he is innocent and the accuser (victim) is lying and trying to destroy his pristine image.

What to look for:

~ A person who is very helpful or alluring

~ A person who exhibits peer-like play

~ A person who is immediately accepted into the family

These are all signs of grooming that child predators will use on you, your family, and on entire communities. There is no way to know for sure if someone is a child molester until they have violated a child. Therefore, you cannot accuse someone based on this information. Instead, you can use this as a tool to screen out high risk people, and to keep them away from your children.

The following are behavior changes that may occur in children who have been sexually abused:

•Coming up with different names for their private parts

•Problems in school, bad grades, behavior problems, or acting out

•Withdrawal from family, friends, or activities

•Talking about a new or older friend

•You find toys or other gifts from an unknown source

If you suspect CSA, call the police. You can ask your child if anyone has touched them in a way they didn’t like, or if someone forced them to do something they didn’t like.

If your child discloses abuse, it’s important to stay calm and believe your child. Tell them that it’s not their fault and that they didn’t do anything wrong.

Protect your child by keeping them away from the abuser.

Reprinted in part from http://www.notwithmychild.org/